skip to main | skip to sidebar

Kyle
My name is Kyle and I'm a record collector and music nut from San Antonio, TX. I'm always on the lookout for new artists, so feel free to drop me a comment or send me an if you have any suggestions.
Take a look at my myspace page: www.myspace.com/kmanthemusicman
And be my friend on facebook: www.facebook.com/KWFitzpatrick

Interview With James Lowe & Mark Tulin Of The Electric Prunes

Today I have a special treat for ya'll. I got a chance to interview James Lowe and Mark Tulin, two of the founding members of The Electric Prunes, one of the most famous psychedelic bands of the 1960s. Enjoy.

KF: I read somewhere that before ya'll were The Electric Prunes ya'll played with Kenny Loggins. Is that true?

James Lowe: In 1968 after I left the band during a tour; when they came home they auditioned players to try and reform for more live touring. Kenny was chosen as a guitar player. I was not around so Mark can tell you more about that.

Mark Tulin: Actually Kenny played in the band for what turned out to be The Electric Prunes’ final tour in the ‘60s. James had left the band and we attempted to go out with just Ken and I from the original group along with a new line-up and new songs. Kenny was part of the band and contributed some very cool material. He was much more of a rock ‘n roll kind of guy than the "smooth" musician everyone associates him with now. The tour itself was a complete and total disaster. Unfortunately we never got to record anything with Kenny as The Electric Prunes.


KF: The Electric Prunes is one of my all time favorite band names. Right up there with the Strawberry Alarm Clock. How did the name come about?

James Lowe: We had a weekend to select a name for a our first single called: Ain't It Hard. Warner Bros wanted the name for the record pressing. We were rehearsing all weekend in our garage and decided we couldn't leave till we had a name. When you really try to come up with a name it often gets rather silly and we went through about 6 hours and anything that came up became the new choice. Mark told a joke during all this to break the tension. The joke was: What is purple and goes buzz buzz? answer an electric prune. Well, we were pretty tired but the name just grabbed me because it was just what we were looking for. "Electric" was the sound part to me and "Prunes" was an absurdity. The thing was just so memorable we put it at the top of the list. When we sent 3 names into Warner Bros. I told them we only wanted the first one. Warner Bros. loved the name.

As a side note: Moby Grape got their name later from a variation of this very same joke: What's purple and lives in the sea? Moby Grape. Both jokes were purple.

KF: The soundtrack to Easy Rider includes two of The Electric Prunes' songs. How does it feel being such a major part of one the most defining movies of that era?

James Lowe: Often the group does not even know when these things happen. I didn't know about it till I saw the movie and heard the song in there. I had left the group to produce and engineer records so I was even more unattached to it. Looking back it was as important and being included in the first Nuggets collection by Lenny Kaye. It sort of carried our message further than the 60's had and let people know we had landed at one time.

Mark Tulin: It was and is an honor to be included in what turned out to be a seminal motion picture. I didn’t know until I saw the movie that our songs (actually Dave Axelrod songs – they come off our "Mass in F Minor" album) were a part of the film. If one is going to be in a film I guess a brothel is as good as place as any to make an appearance.

KF: "Underground" is one of those essential psychedelic albums that any fan of the genre has to own. What was your inspiration for the dark and foreboding atmosphere that is present throughout the album?

James Lowe: Probably our dissatisfaction with our relationship with the producer. After Too Much To Dream came out Dave Hassinger was offered other albums to do and he sort of just let us go in the studio and do what we wanted. If he came in he laid on the floor and read the newspaper. This was the real first chance we had at trying our own material the way we wanted. If we wanted it moody and depressing there was no one there to tell us it was too morose. We were not looking to be a Bubblegum group as we had our sights set on loosening up some of the bolts on the musical frame. Hassinger hated the album and it did not sell very well because it didn't have a hit single in there. We liked it because it was about what was going on at the time. A hit single was about the only way at that time to really sell any albums.

Mark Tulin: I never thought of it as dark and foreboding but maybe you’re right. Recording is as much a statement of mood as it is performance so if that feeling is there it is probably because that was the environment in the studio during most of the making of "Underground". Inner band battles, artistic differences and continual problems with one’s producer can do that to you.

KF: What are The Electric Prunes up to these days?

James Lowe: We are just getting ready to go on a tour of the eastern US called, California 66. The idea was to have 3 LA bands from 1966 play the music as it was then. We chose Love, Sky "Sunlight" Saxon of the Seeds and Electric Prunes. Unfortunately, SKy Saxon died a few weeks ago and we are reforming our idea a bit. We will be joined by guitarist Jerry Miller of Moby Grape and the Blues Magoos for one of the dates. We have put out 3 albums, er excuse me, CD's, since reforming. Artifact, our reunion album, California, a look back at the mood of the 60's, and Feedback, our latest bundle of noise that reflects ... feedback, I guess? We have been inspired to make new music because we still play it as we did in the 60's. We may have one more ... CD in us?

Mark Tulin: We continue to perform live – going out in August for a few weeks as part of the "California 66" tour to the East Coast and parts of the Midwest. The band actually sounds better now than it ever did Also looking at going back into the studio in September to cut some new material.


KF: Where can we go on the internet to learn more about "The Electric Prunes?" 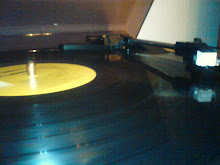 Want The Kompilation Via Email?

Interview With The Electric Prunes

Interview With Danny Thomas of The 13th Floor Elevators

Check These CDs Out